Do you remember your first experience?

Do you remember your first experience? 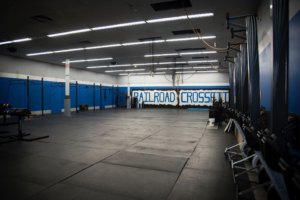 I remember the first time I stepped into a CrossFit gym.

It had a particular smell, an energy in the room I had never quite felt before.

It was full of people who were friendly and had bodies I either admired or aspired to have.

I remember my first workout and the push from my peers was something I had never experienced before.

That push took me to a level I had never done fitness at before.

I was challenged. Taken out of my comfort zone.

But as I looked around, so was everyone else. All in their own way.

As I was laying there after the workout, looking at the ceiling, my chest rising and lowering rapidly, I knew great results would come from this.

I knew I was somewhere special. A part of something special.

And then people started to approach me and each other and said “good job” with a fist bump or a high five.

Acknowledging and recognizing the effort each person just put in.

The whole experience was thought out, pre planned, organized and structured.

The Coaches had knowledge but shared it at a level we could all digest, understand and that was relatable.

They embodied charisma, a positive energetic state (that I was drawn to) and held a swiss army knife of skills and tools, at the time I could not comprehend nor appreciate.

Without the blink of an eye they were able to adjust peoples workouts based on their needs, injuries/limitations, safety and what they knew of each person.

And yet seemingly create an unforgettable experience that was smooth, time efficient and fun.

We all learned something but not in a way like in school where it felt like dred at times.

Everything was taken care of for us.

Time flew by but seemingly every minute had been accounted for.

To this day I still remember how the Coaches made me feel: seen, heard, felt and acknowledged.

And it wasn’t because they had to,

But because they wanted to.

I could feel their level of genuine care.

This experience and these Coaches would be the catalyst in my life that would eventually go on to be a model I would build Railroad CrossFit after. 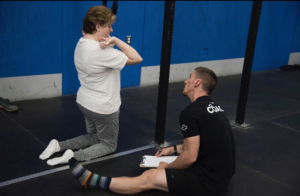